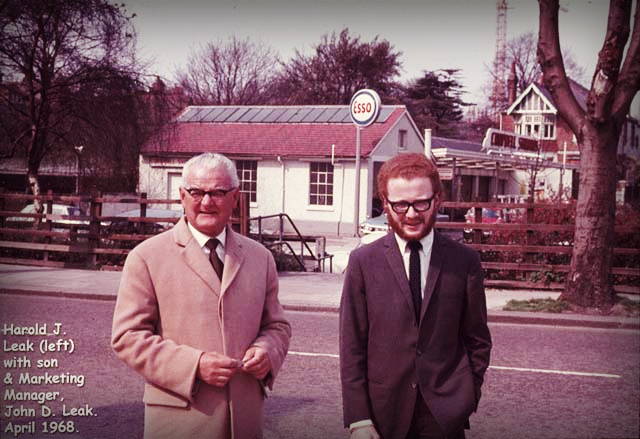 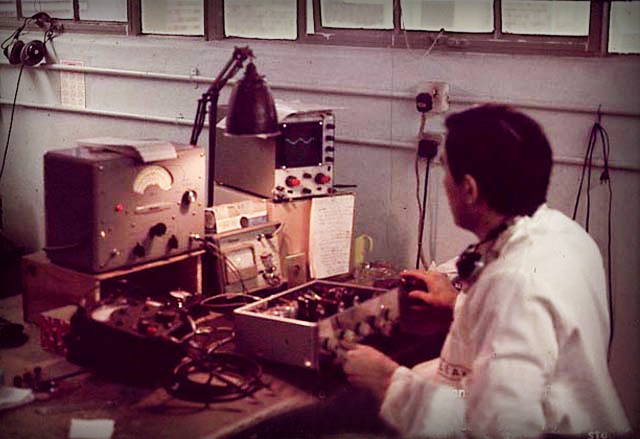 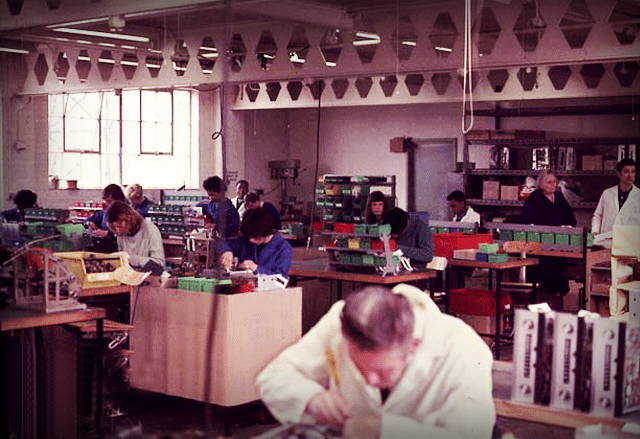 Harold Leak marketed himself as a ‘Sound Engineer – Technician’, and along with Ted Ashley, who joined in the late 1930s and later became Chief Engineer for the company, LEAK became a market leader of affordable but high-performance home audio equipment… for decades upon decades.

The LEAK brand developed amplifier technology, loudspeakers, pickups and turntables, amongst many seminal products in a portfolio spanning through the golden years of British audio innovation.

Like many of the evolutionary, and revolutionary, British audio brands of the 30’s and 40’s, LEAK was displaced by war but inspired by the consequential research of war, to develop improved audio technology for purpose. Like many of the famous British brands of this era, LEAK was initially orientated towards public address systems. That expertise, combined with a desire to improve audio performance, through the 1940s, low-noise, high performance and unparalleled fidelity systems became the focus as LEAK conquered the world. 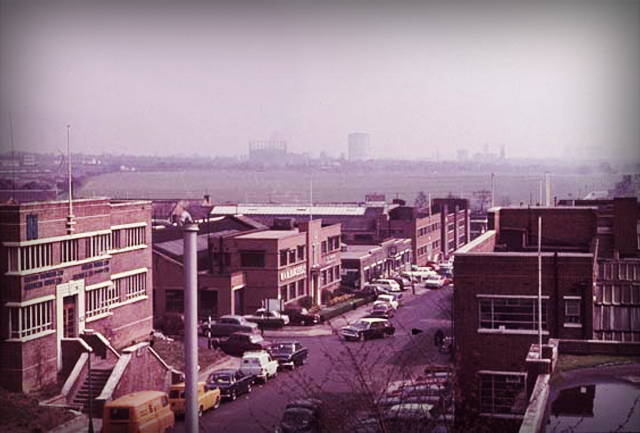 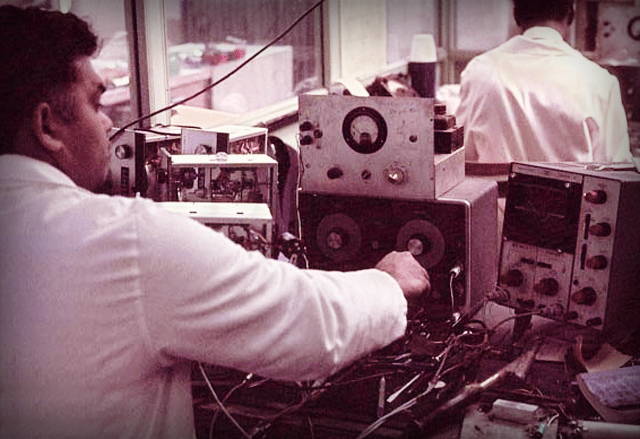 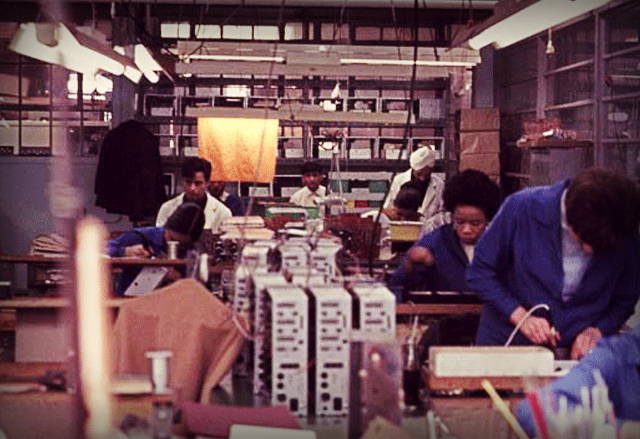 In the late 1940s, after the original factory in Shepherds bush was destroyed by wartime bombing, the seminal LEAK factory was founded on the newly built Westway factory estate, Brunel Road, London. An epicentre of engineering, named after the famous engineer I.K. Brunel, the art-deco design of this factory estate very likely became part of the industrial design influence that translated through the lifetime of LEAK products.

After years of contract-based amplifier production, the LEAK Type 15 amplifier came in 1945. Utilising a four-stage circuit and a groundbreaking ‘negative feedback’ design with ‘push-pull triode-connected’ KT66 valves achieved a remarkable 15 watts output. The type 15 would be known as the original ‘Point One Amplifier’, a classic series of stereo amplifiers that evolved right through the 1950s.

Such was the response to these presentations, at short-notice, H.J. Leak was invited to the Audio Engineering Society exhibition in New York. The TL/12 became a transatlantic success, with global success following very shortly afterwards!
By the end of 1949 – H.J. LEAK & CO Ltd employed 20 staff to support the innovation and production requirements of fledging, global brand. 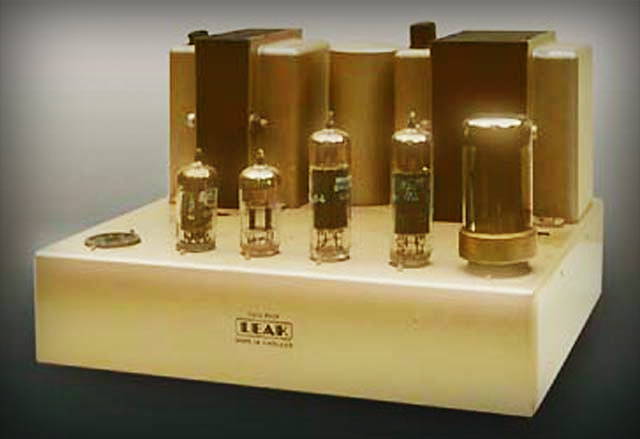 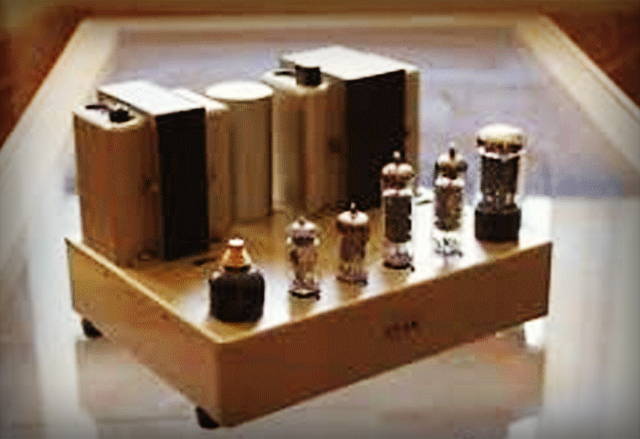 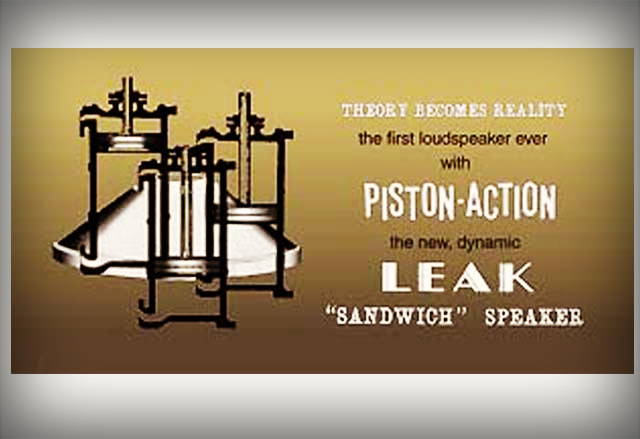 The TL/12 became a BBC standard in 1951, with many units being sold into the legendary BBC facilities. Specifically for BBC requirements, the TL/12 was evolved to incorporate input attenuation and a new balancing transformer.

Throughout the 1950s, new pick-ups and tone-arms reached the market. A FM tuner arrived in 1955, in the form of the Troughline FM Tuner, too. There are records and tales of innovative loudspeakers which matched 15” drivers with electrostatic HF units. Although these potentially wondrous concepts never made mass production, they formed the basis for later innovations.

Building on this success, 1958 brought the introduction of the Stereo 20 and Stereo 50 amplifiers. Both featuring all-new stereo pre-amps, embracing the mainstream adoption of high fidelity stereo home audio equipment. Not to mention a second version of the Troughline FM Tuner.

The Point One amplifier came to market at the end of the 1950s – Point One Stereo, Point One Plus (mono only) and Varisoloe Stereo models all came to market from late 1950s through to the early 1960s. Notably, the Varislope Stereo and later introduced Varislope Mono offered the Silver and Black livery that is instantly recognized as ‘LEAK’, even to this day.

Although offering loudspeakers from way earlier in the 1950s, it was in 1959 that H.J. Leak introduced Dr Don A. Barlow to the loudspeaker development projects of LEAK. Plans for a ‘piston action’ loudspeaker. Through a due process of continuous innovation, the incredibly successful and internationally revered LEAK SANDWICH was introduced, in 1961.

The Leak Sandwich is a revolutionary loudspeaker originally designed and manufactured in the UK by H.J Leak, 1961. The idea behind the Sandwich was to engineer a loudspeaker design that gave true piston action of the loudspeaker cone. Aptly named ‘Sandwich’ due to its diaphragm being manufactured from a section of expanded polystyrene ‘sandwiched’ between two outer layers of aluminium. As a result, this method enabled to reduce the vibrations and obtain a better reproduction of the electric signal. 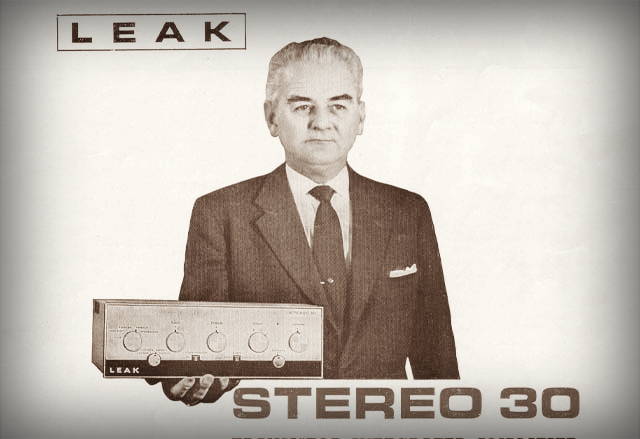 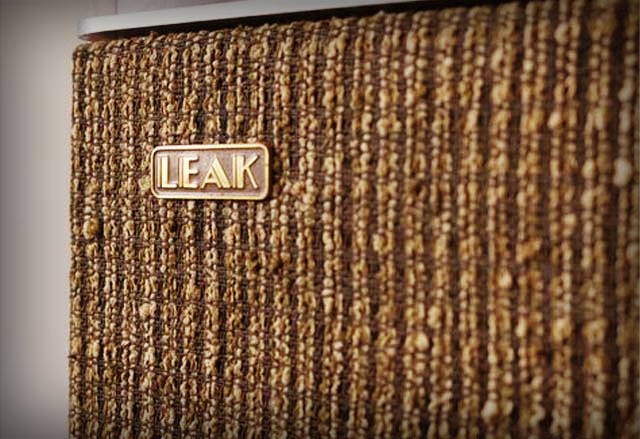 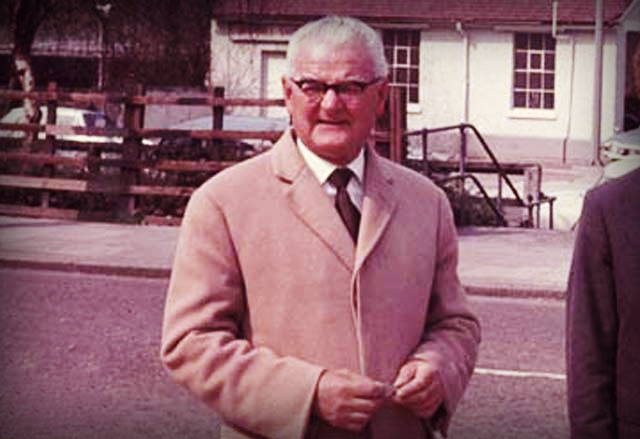 The LEAK Stereo 30 was introduced in 1963. This transistor amplifier featured quasi-complementary germanium transistor output stage. Embracing a succession path from the illustrious valve amplification series, the STEREO 30 maintained the high-fidelity stereo performance synonymous with LEAK. With transistors being significantly cheaper to manufacture than vacuum tubes, the price points of LEAK became more appealing and matched the demands of the burgeoning home hi-fi market

H.J LEAK & Co continued valve amplifier production well into the mid ’60s, and higher power models such as the TL/50Plus were still available in the late 1960s.

These changes in product portfolio and incredible demand for the LEAK SANDWICH speaker came hand in hand with the establishment of a Downham Market factory, taking LEAK from London to Norwich. established (in Norwich, some distance north of London) to cater for demand for the Sandwich speaker.
The Stereo 70 transistor amplifier came in 1968. The Stereo 70 utilised the classic 2N3055 transistors for the output stage, in quasi-complementary configuration. Satisfying the demand for higher powered transistor based solutions.

In 1969 H.J. Leak & Co. sold the LEAK brand to the Rank Organization, and H.J. Leak retired with the brand at its pinnacle.

Sadly, with the globalization of the audio market, LEAK succumbed to the pressures of international competition, with lower costs and mass-consumer products in the seemingly ever-expanding home audio market.

After 20 years of retirement and a lifetime of audio innovation and performance defining products, Harold Joseph Leak passed away in August 1989. 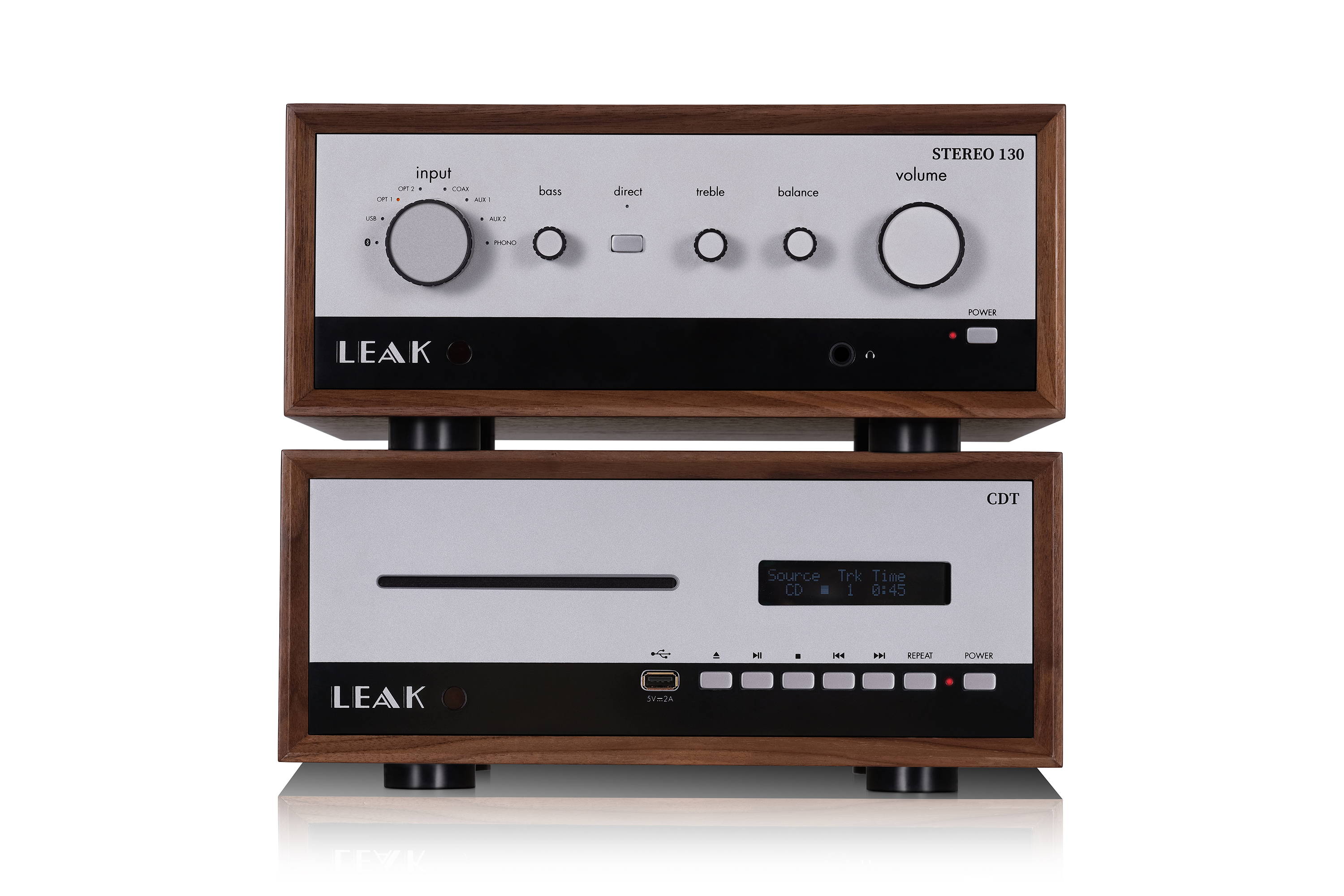 In 2020, the year of Harold Joseph Leak’s 113th birthday and H.J. Leak & Co’s 84th birthday, IAG Group proudly bring the return of LEAK. Maintaining the art-deco inspired, classic-styled high-quality home audio format for the modern-day hi-fi enthusiast, LEAK is reborn. With close attention to detail in styling, performance and value, LEAK finally returns for the masses with the LEAK STEREO 130 and the first-ever digital CD playback device for LEAK, the LEAK CDT. Offering diverse media compatibility, for the modern-day audio enthusiast, without compromising on style and values of audio performance.